Pastor Keith Carringer was born in Sanford, FL on May 9, 1995 to Rex and Christy Carringer. Two years later his family moved to Dunnellon, FL when his father became the pastor of Riverland Baptist Church, where he still is today. Pastor Keith grew up there serving in the ministry. He was saved at the age of seven and called to preach at age eleven. At a young age he began preaching in school chapels, nursing homes and church camps. He is a fourth-generation preacher, following in the footsteps of his father, grandfather, and great grandfather. He attended Landmark Baptist College in Haines City, FL where he graduated with a bachelors in Pastoral Theology. During his time at Landmark he taught Sunday school, worked a bus route, sang in tour group, served as the student body president, and worked on staff at the church. After graduation, he married his high school sweetheart, Bethany Hodges, who is also a pastor’s daughter and a graduate of Landmark Baptist College. While at Landmark, Bethany worked a bus route, played piano for a tour group, worked in the college office as a secretary and taught first grade in the Christian School. She graduated with a bachelors in Elementary Education. The following year they enrolled in New Life Baptist Language School in Sabanagrande, Honduras, and spent one year doing missions work and studying Spanish. After finishing language school, Pastor Keith and Mrs. Bethany moved back to Florida where they started a Spanish church in Keith’s hometown, Dunnellon. In September 2021, after spending two years as a Spanish pastor, the Lord called the Carringers to Lake Placid, FL to serve as pastor of Highlands Baptist Church. The Lord continues to bless our church here in Lake Placid, and Lord willing will continue to do so for many years to come. They have two children, Ashton, and Avonlea. 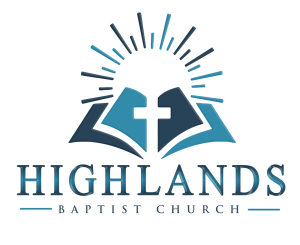